VII is the debut studio album by American recording artist Teyana Taylor. The album was released on November 4, 2014, by Def Jam Recordings and GOOD Music. Leading up to the album's release, Teyana released the mixtape The Misunderstanding of Teyana Taylor (2012), along with collaborating on the GOOD Musiccompilation albumCruel Summer (2012). The album features guest appearances from Chris Brown, Fabolous, Pusha T and Yo Gotti. The album was executively produced by Che Pope & Teyana Taylor. Recording took place at Jungle City Studios in New York & KMA Studios, NYC, as well as The Kennedy Compound in North Hollywood, California & Labren Studio in Inglewood, CA.

VII was promoted by the release of three official singles: 'Maybe' featuring Yo Gotti and Pusha T, 'Business' and 'Do Not Disturb' featuring Chris Brown.

In 2012, Taylor was released from her contract with Interscope and Star Trak.[1] Taylor stated that she and Star Trak founder Pharrell Williams, have remained amiable since the end of their business relationship. She has credited him as a 'big brother' and sees her early signing to Star Trak as a 'blessing.'[2] Taylor has stated on many occasions that her release from the label was necessary because she wanted to have a level of independence in the music industry. In an interview with DJ Skee, Taylor mentioned that 'when [she] was signed for six years, [she] felt like she couldn't do [anything],' and that she 'couldn't prove to [her] fans that [she] had the talent' and 'couldn't sing from [her] heart.'[3] In an August 2012, interview with Complex, Taylor spoke about when she would begin recording the album, saying: 'I start August 6. I’m so excited. I’ll be in the studio for a month straight. I’m going in. My iPod is full of Total, 112, and Mary, Mint Condition and Donell Jones and Brandy. That’s what I want to accomplish. I want that ‘90s vibe.'[4]

As an independent artist at the time of her release, she had begun preparing her second release, a mixtape titled The Misunderstanding of Teyana Taylor. The tape drew influences from 1990s R&B legends like Lauryn Hill and Mary J. Blige.[5] The tape was released in the first half of 2012, and was preceded by the release of 'Make Your Move' featuring Wale[6] and 'D.U.I.' featuring Jadakiss and Fabolous, which was released on February 25, 2012. More positive reviews of the latter track note that 'The Harlem songstress channels Janet Jackson as she glides over the smooth Hit-Boy-produced beat with her airy vocals, while fellow New Yorkers Fabolous and Jadakiss ride shotgun'.[7] After some time as an independent artist and taking time to find herself as an artist, Taylor signed a joint-venture deal with Kanye West's label GOOD Music and The Island Def Jam Music Group, on June 14, 2012.[8] Taylor had established a relationship with the GOOD family before her signing. As part of GOOD Music, Taylor appears on the GOOD Music compilation albumCruel Summer, released September 18, 2012.[9][9] She provides vocals for the opening track 'To the World,' with Kanye West and R. Kelly, provides the hook and chorus for 'Sin City,' which also features John Legend, Cyhi the Prynce, Malik Yusef and Travis Scott, and also duets with John Legend on a song titled 'Bliss.'[10] Taylor and Legend's duet on the album was highly praised, Erika Ramirez of Billboard.com notes that 'Teyana Taylor's beautifully brash voice .. illuminates in the electric-guitar heavy, Hudson Mohawke-produced 'Bliss'.'[11] Trent Fitzgerald of Popcrush.com also complimented the duet, saying that he hoped to 'hear more soulful duets from [Taylor and Legend].'[12]

In addition to being featured on the GOOD Music compilation Cruel Summer, Taylor soon began the process of recording her major-label debut album, to be released through GOOD Music and The Island Def Jam Music Group.[13] On August 1, 2014, it was announced that that album would be titled VII, and would be released on October 21, 2014, through Def Jam and GOOD Music.[14] In an August 2014, interview with Complex, she said that she would not let anyone hear the album before it was ready, saying: 'They be like, ‘Well damn, T, can you send the album in? Can we hear something?. But I’m just like, 'I’ll send it in when it’s right.' I learned that from 'Ye. Like, he don’t care who is in the room. If he don’t feel like it sound right, you can’t hear it yet. When I played 'Ye the album, we all went over to his house. He was like, ‘You mind if I have a copy?’ I was like, 'I rather just get it right, then I’ll give you a copy.' All he could do is laugh, because he knows I get it from him.'[15] In September 2014, the album was pushed back to November 4, 2014.[16]

VII received positive reviews from music critics. At Metacritic, which assigns a normalized rating out of 100 to reviews from critics, the album received an average score of 77, which indicates 'generally favorable reviews', based on 4 reviews.[24] Kyle Anderson of Entertainment Weekly said, 'After an extended tour of duty on the guest-appearance battlefield—that's where she befriended mentor Kanye West—Taylor finally drops her official debut. VII lacks his boundary-warping weirdness, but she has a strong grasp on lush '90s-kissed R&B, especially on the stark, slithery 'Business.'[27] Rachel Leah of HipHopDX stated, 'Overall, VII feels authentic and offers a much wider scope of artistry than we’ve seen prior from the Island Def Jam artist. Teyana’s growth is evident, challenging her singing capabilities while honing in on her ranges of comfort. Aside from the lack of significant risk-taking, Teyana Taylor generated a debut album that is honest and well produced. And while she takes absolutely no risks on the album, and her vocal range is limited, she never strays from what she does well. Nevertheless, it seems like she can now officially change her title from on the scene vixen to contributing musician to R&B.'[28]Michael Arceneaux of Complex said, 'Overall, VII makes for an impressive debut, though it remains to be seen whether or not audiences are willing to give her a real chance.'[26] 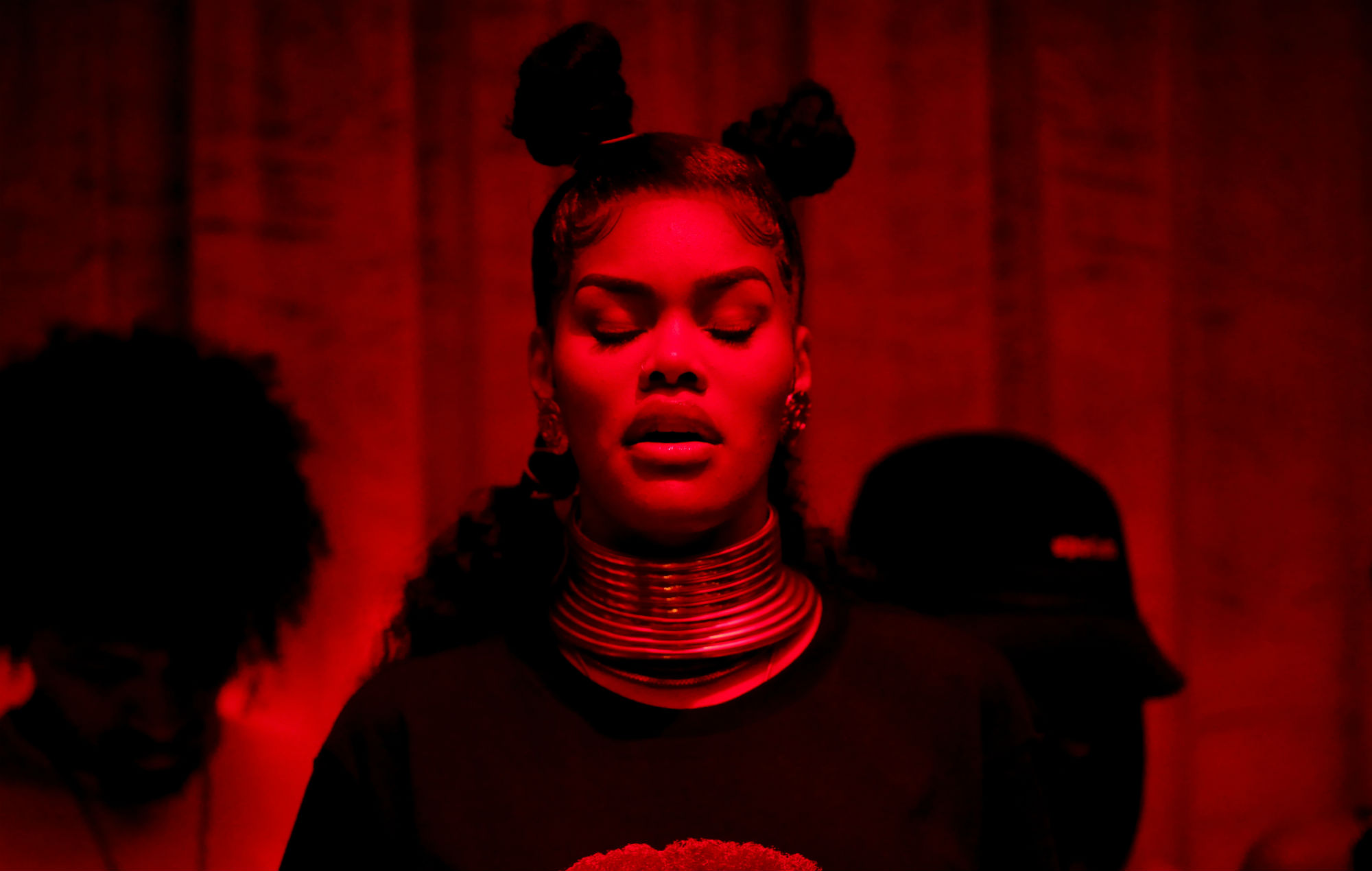