It was a quiet afternoon in 221B Baker Street.

Sherlock Holmes was bored, and John Watson was tired of it. All suggestions for things to do had been scoffed at, until John grew frustrated and huffed loudly before making himself some tea and opened up his laptop, leaving Sherlock facing the wall in the living room, sulking.

All was quiet for about 20 minutes, save for John's slow 'peck peck' typing and the occasional clunk of the tea mug on the kitchen table. Then in a flurry of dressing gown and determination, Sherlock rushed past John and up the stairs to John's room.

John paused in his blogging, realizing that Sherlock was in his room, looking through his things. Not that this was really that big of a deal, because while John and Sherlock had been flatmates for over a year, and in a sexual relationship for the last three months, there weren't many secrets John kept from Sherlock. But still, a little respect for privacy might be nice. John realized what he had just thought. This was Sherlock he was thinking about. Normal social niceties just did not apply. John smiled as he closed his laptop and got up to check on Sherlock.

John hadn't gotten any further than pushing in his chair when Sherlock bounded down the stairs again and breezed past John. Sherlock swept off the coffee table and opened up the box that he had carried with him. 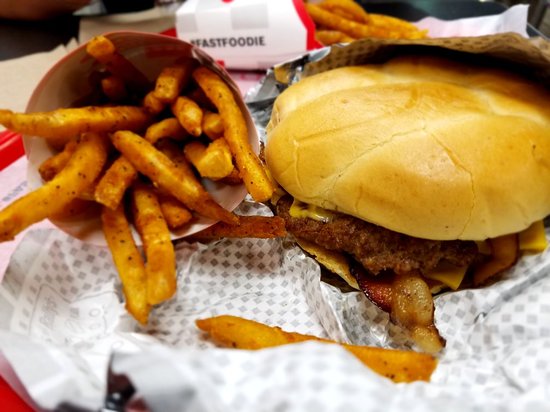 John moved over to the table and at the flurry of activity from his flatmate. He looked at the box, thinking it looked familiar. When Sherlock opened up a battered but well loved checker board, John's eyebrows went up to his hairline. 'Seriously, Sherlock? You want to play checkers?' He was ignored as Sherlock noisily dumped the box on the coffee table, sorting out red and black checkers. John sighed and moved his armchair over to the opposite of Sherlock, setting up the red pieces Sherlock pushed at him. Having finished that, John clasped his hands and rested his forearms on his knees, waiting for Sherlock to get his checkers on the board just so. 'So you rifled through my things, found the checker set I used in Afghanistan, just because you got the sudden urge to play checkers. One of the simplest games in existence, and you want to play it. I know I'm going to regret asking this, but why?'

Sherlock's eyes flitted up toward John briefly but no other emotion showed as he moved the last checker infinitesimally and then spoke. 'Bored.' Then he gestured at John that he should start, staring at the board, waiting for a move.

'Right. Of course. How could I have forgotten?' John muttered not quite to himself, as he made the opening move, moving a red checker one place diagonal. Sherlock studied John's move and slid one checker himself, looking more like a professional poker player than a schoolboy playing checkers with his mate.

The game proceeded quietly, and in a few moves John was surprised by what he saw. Sherlock had left his edge wide open, and John made his move carefully. 'King me.' John wasn't sure if there was going to be an uproar over this seeming error in Sherlock's judgement. John licked his lips nervously as he waited for Sherlock to move, wondering for not the first time today, if Sherlock knew where he'd hidden his handgun this time.

But no such outburst. Sherlock quietly reached for a checker and 'kinged' John's move, taking his piece off the board. John looked slightly confused at the way Sherlock was taking even a minor conquest calmly, when Sherlock made a move that most certainly notthe normal route for ordinary checkers.

In one swift move, Sherlock stood up and stripped off his dressing gown, it falling to the floor quickly. Sherlock kicked it over to the end of the table and sat down again. Then he contemplated his next move on the board, all furrowed brows and concentration.

'What was that about?' John asked as Sherlock carefully slid a black piece forward, totally focused on the task at hand.

'What was what about?' Sherlock replied, finally looking up to meet John's expression as John hadn't taken his turn, waiting for an explanation. John just gave him the 'Really?' look, and looked at the blue puddle of clothing on the floor, and Sherlock made the connection.

'Oh. That.' Sherlock played with one of the spare checkers as he stared at the board. 'Well, I lost that round. So I took off a layer of clothing.' Sherlock afforded himself a small smirk as he watched John react, first with confusion, then understanding. 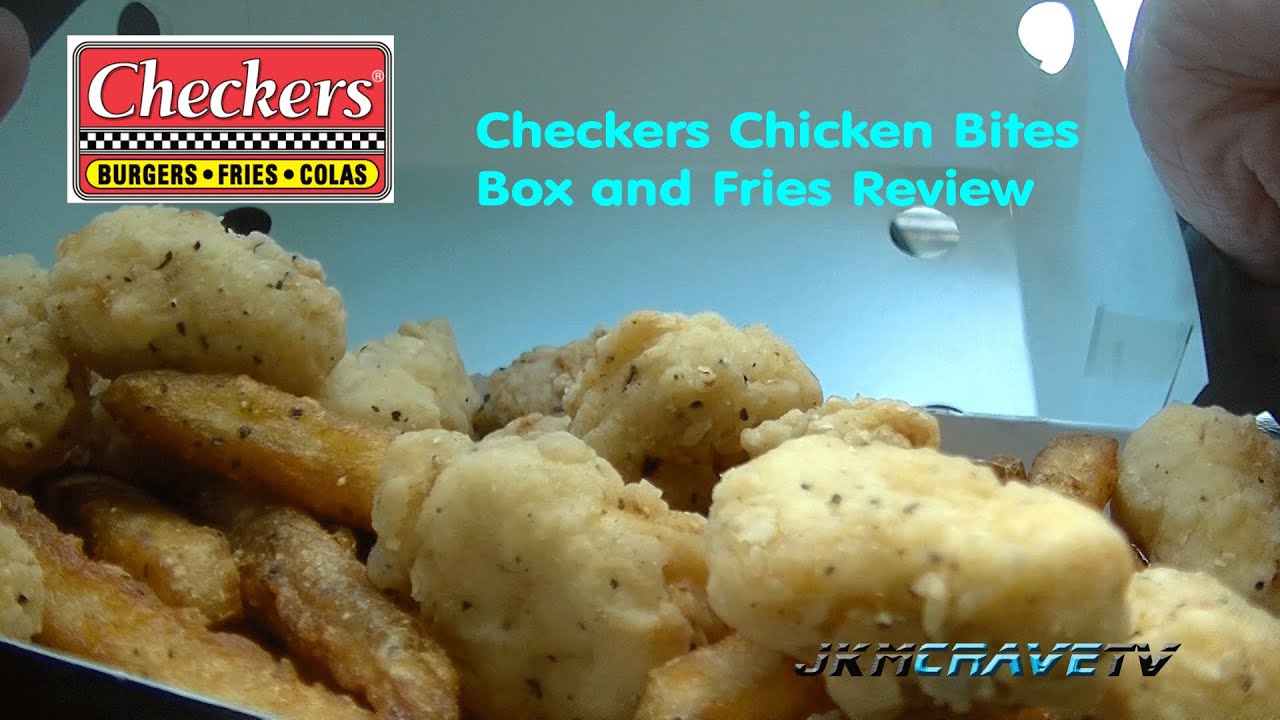 'You lost.so you.took off a piece of clothing.' John managed to get out.

'Yes, John, that's what I said, remember what I said about repeating yourself, so you don't look like an idiot.' Sherlock may have been looking back down at the board again, but his voice was light, and he was smiling. 'John, your move.'

John stared at Sherlock and shook his head and smiled. 'So, you're playing strip checkers?'

'No, iwe/i are playing strip checkers and it's your turn, so go.' Sherlock gestured toward the board again, and looked up at John proper, with a devious smirk on his face.

John just stared at Sherlock again for a quick second and returned his attention to the game. He made a move that would probably be countered fairly quickly, and spoke with his own smirk evident now. 'You know, if you wanted to have sex, you could have just asked.'

Sherlock played rapidly, and jumped over multiple pieces, landing on John's edge. 'Now what would be the fun in that? Oh, and king me. And strip.' Sherlock leaned back in his chair and smiled at John, waiting.

John stared at the piece, and then looked up at Sherlock, that damn Cheshire cat, and back to the board. He sighed, grabbed a checker and then stood up and wriggled out of his jumper, adding it to the dressing gown at the end of the table.

Sherlock looked smug as John sat down and pushed a checker forward. John spoke. 'You do know, that even though I'm wearing more clothes than you, I'll probably still be the one who ends up naked before you?' Sherlock said nothing, just kept his eyes down as he contemplated his move. 'Because,' John continued. 'There is no way a genius such as yourself could possibly be inept at such a simple game. Or are you going to lose on purpose?'

Sherlock put a finger to his mouth in contemplation, then used that same finger to slide a checker into place. 'Maybe. Maybe not. You'll just have to keep playing and find out, hmm?' Now the evil seductive smirk was most definitely on Sherlock's face, and John knew that there wasn't going to be a winner or loser at this game, no matter who had the least amount of clothing on at the end.

'I guess so.' John tried to keep his voice passive, but some of the arousal crept through and Sherlock looked up and locked eyes with his lover. John didn't even have to look at the board, instead staring steadily at Sherlock as he moved his piece twice and onto a free spot. 'King me again. And you know what to do.'

Sherlock looked down, and seen John's checker waiting for him. With shaking hands he carefully placed a checker on top of John's, then reached for the hem of his shirt. Sherlock took it off and threw it in the pile of clothing. He didn't look up as he hastily made his next move. He could hear John's ragged breathing as Sherlock could feel John's eyes on him, even as John moved a checker into a spot so deliberate Sherlock just knew John had did it on purpose, to give Sherlock an advantage, so John could lose a piece of clothing.

And of course Sherlock took the advantage, but it was so worth it to see the subtle tease that John had given Sherlock after taking his sweet time to unbutton his shirt ever so slowly. The next move Sherlock faltered for real, and he lost his pajama bottoms to the growing pile of clothes.

Sherlock tried not to feel vulnerable as John thought about his move for a rather long time. Sherlock was sitting in the living room in just his underwear, while John had only lost 2 shirts. A shiver of went through Sherlock as he realized that yes, he was very exposed. And getting rather turned on. Very quickly.

John noticed the discomfort but said nothing. He moved his piece and gestured to Sherlock. Sherlock's brain, thankfully was still mostly working as he made quick work of three of John's checkers in a single move.

John looked at Sherlock, but no words need to be said. John leaned forward, his eyes locked with Sherlock's and stripped of his undershirt, leaving his top half bare. Sherlock suddenly couldn't speak if he wanted to, which was probably for better, as other parts of his body were speaking for him.

In one quick move, John stood up and stepped over the coffee table and the game, upsetting red and black circles everywhere. Neither man paid any notice as John gently pushed Sherlock back onto the sofa, their mouths meeting in a rough kiss. After more than a few minutes of tongues battling and roaming hands, Sherlock pushed John up forcefully and grabbed him by his belt loops. 'Bedroom. Now.' As John followed, he grinned and made a mental note to see if there were any other board games stored somewhere around the flat. Because game night just took on a whole new, much better meaning.