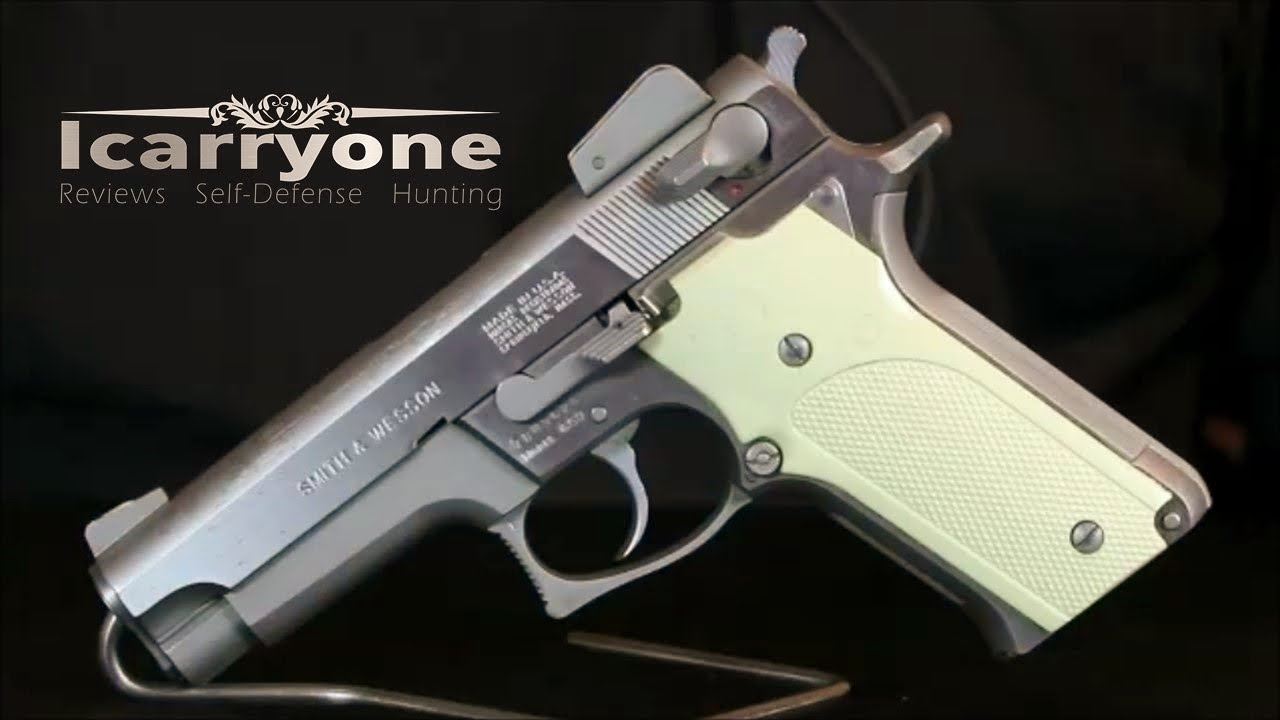 I've been drooling (figuratively ) over a 'Dirty Harry' Smith & Wesson 6 1/2' model 29-2 w/ PB, TT, TH, & RC serial numbered N63xxx at a nearby shop, and am curious re its date of manufacture. All sorts of references -- oldguns.net being my favorite -- for dates on all sorts of firearms, but I cannot seem to find any site/source for this Smith & Wesson firearms!
Might you direct me to a source -- other than sending $75.00 to S&W -- where I might look up/ascertain its age? (Or, better yet if you know, and will provide info to me!)
Thanks much!!!
geo

The Smith & Wesson K-38 Combat Masterpiece, Revolver Model 15 is a six-shot double-actionrevolver, with adjustable open sights, built on the medium-size 'K' frame. It is chambered for the .38 Specialcartridge and is fitted with a 4-inch (100 mm) barrel, though additional barrel options have been offered at various times during its production. Originally known as the 'K-38 Combat Masterpiece', it was renamed the Model 15 in 1957 when all Smith & Wesson revolvers were given numerical model numbers. It is a shorter barrel version of the Smith & Wesson Model 14 Target Masterpiece and essentially an adjustable-sight version of the seminal Smith & Wesson Model 10 ('Military and Police') revolver with target shooting features. The main production run of the Model 15 was from 1949 through 1999. It was discontinued for approximately a decade until 2011, when a re-tooled version was re-released under S&W's Classics Revolvers line. In 1957 the K-38 Combat Masterpiece was renamed the Model 15 when all Smith & Wesson revolvers were given numerical model numbers. (The Military & Police and the Target Masterpiece were renamed the Model 10 and Model 14 respectively.) The model number is stamped on the frame behind the cylinder yoke, so it is visible (only) when the cylinder is open. A number of production and engineering changes have been made throughout the years, some of which are noted by a dash number suffixed to the Model number (15-1, -2, -3).

Over the years the Model 15 has been produced with several barrel lengths, with 4' (standard) and 2' (1964–1988) being the most common. In 1972 S&W released a stainless steel version as the Model 67. In 1997 the hammer and internal lockworks were modified from an on-the-hammer firing pin / internal hammer block to a floating firing pin / MIM flat hammer, and kept the hammer block that, unlike a transfer bar safety design, moves up with the trigger pull. The hammer hits a transfer bar, transferring the strike to the firing pin, while the block in a hammer block system moves down with the trigger pull, unblocking the hammer from the firing pin, allowing the hammer to strike the firing pin. These two safety systems work oppositely, but achieve the same goal of only allowing the gun to fire when the trigger is pulled all the way.

Smith and Wesson Serial Number Date of Manufacture J Frame Revolver Lookup. For models 36, 37, 38, 49, 50 and pre model number versions. 1950 = start at 1. Today, Smith & Wesson is mostly known for revolvers and their growing line of M&P pistols. Despite the rapidly growing popularity of these polymer-framed striker fired semi-auto pistols, there’s also a lot of buzz around the former metal-framed S&W pistols that were discontinued a few years ago. 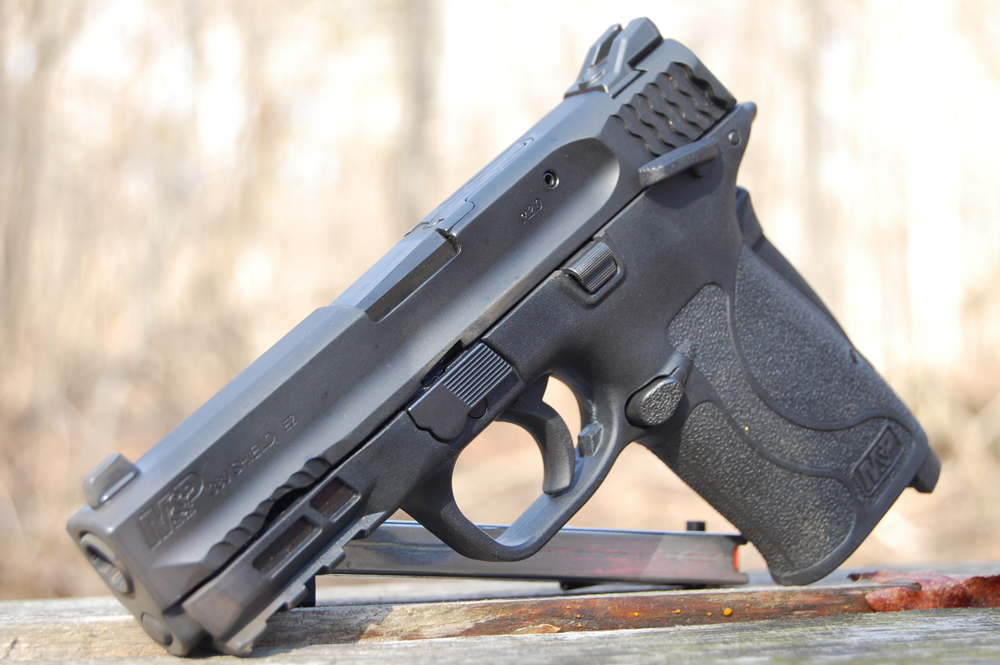 The Model 15 was a popular sidearm for law enforcement and was the standard-issue sidearm of the U.S. Air Force Police from 1962 until 1992 when it was replaced by the Beretta M9 pistol.[citation needed]

Production of the Model 15 was discontinued in 1999 when Smith & Wesson was purchased and reorganized, although a couple limited run 'Heritage Series' models were released in 2001 and 2002. In 2011 Smith & Wesson re-introduced the Model 15 (15-10) under their Classics Revolvers line, newly machined, with a shrouded redesigned barrel, and a built-in trigger lock (located just above the cylinder release thumbpiece on the left side).[2]

As the K-38 Combat Masterpiece Revolver Model 15 evolved the following engineering and production changes were made:[2]

As the 'K-38 Combat Masterpiece', this revolver was first purchased in 1956 for the Strategic Air Command Elite Guard of the United States Air Force. From 1960 to 1969 the Air Force bought large numbers of Model 15–1, 15–2, and 15-3 revolvers with a 4' barrel. The only distinctive markings are 'U.S.A.F' on the left side of the frame. Originally all were blued, though some were reparkerized while in Air Force service.[2] The Model 15 was the standard issue sidearm of the U.S. Air Force Air/Security Police from 1962 until 1992. It was issued to security personnel in other branches of the U.S. armed forces, including the Naval Security Forces.[2]

In addition to military use, the Model 15 was issued by many police departments across the United States as well as various federal law enforcement agencies.[2] In 1972 S&W produced a stainless steel version of the Model 15 which it termed the Model 67.[2]

The LAPD's Model 15 revolvers (and department issued Model 36 5-shot, 2-inch barrelled snub nose Smith & Wesson revolvers for detectives, plainclothes, undercover and other officers' off duty carry) were modified to be fired double-action only. This was accomplished by the department armorer who ground the full cock notch from the hammers. Officers were then trained to shoot combat style without ever cocking the weapons. This change was likely the result of unintended injuries and/or property damage, and of litigation against the LAPD after officers had cocked their weapons only to have them discharge inadvertently, possibly as a result of physical attacks or having been startled in the course of searching for suspects. In lawsuits, the principle of res ipsa loquitur was easily affirmed because 'an inadvertent weapon discharge is a negligent discharge'.[2] Extreme injector v3.7.3.