Swiss Schmidt-Rubin rifles do not have the date of manufacture stampedon any of the rifle parts, so determining when the rifle (and mismatchedparts, if any) were manufactured must be determined from the serial numbers.The definitive work on this subject, and Schmidt-Rubin rifles in general,is Die Repetiergewehre der Schweiz, Die Systeme Vetterli und Schmidt-Rubin,by Reinhart, Sallaz, and am Rhyn (ISBN 3-7276-7102-5, copyright 1991 byVerlag Stocker-Schmid AG, Dietikon-Zuerich, Schweiz), from which the tablesgiven here are adapted. The notes about the various models of Schmidt-Rubinrifles are pilfered almost verbatim from Rifles of the World, 2ndedition, by John Walter (ISBN 0-87349-202-1, copyright 1998, publishedby Krause Publications, 700 E. StateStreet, Iola, WI 54990-0001, USA). The rifle photographs are from SamcoGlobal Arms, and are used with permission.

Below is a short description of the various models of Swiss Schmidt-Rubinrifles, and then the tables that are necessary to determine when a particularrifle was manufactured (given the model and serial number).

Eduard Rubin (1846-1920) developed the first successful small-calibercopper-jacketed bullets that could withstand velocities higher than werenormal in the 1880s. Rubin cartridges with a caliber of 8.1-9.6 mm weretested against an 8.6 mm Hebler pattern in Switzerland in 1882. The Heblercartridge, which had a paper-mache core, attained a prodigious velocitybut the Rubin pattern proved to be far more accurate.

In 1884, Schweizerische Industrie-Gesellschaft converted 130 Vetterlirifles to fire 7.5 mm and 8 mm Rubin cartridges. Most were adapted fromobsolete infantry weapons, but a few had been trial guns of 1873-75; thesehad a distinctive bolt-support guide extending back above the wrist ofthe butt.

Also chambered for Rubin ammunition, Rudolf Schmidt's first straight-pullbolt mechanism of 1885 relied on an actuating rod, set in a channel onthe right side of the breach, to rotate the bolt through a helical channelcut in the bolt sleeve. Twin lugs were provided midway along the bolt sleeve,locking into the receiver directly above the trigger.

This rifle was officially adopted on June 26, 1889. Tooling had alreadybegun in the state factory, and so the first deliveries were surprisinglyspeedy. The M1889 was a most unusual design, with a characteristicallySwiss nose cap/bayonet lug/stacking rod assembly, and a receiver with anoticeable gap between the trigger guard and the magazine. The great lengthof the bolt weakened the Schmidt system greatly. Production ceased in 1897after 211,890 rifles and 40-50 drill rifles (Exerzierwaffen) had been delivered.

The inherent weaknesses of the 1889-pattern Schmidt action were recognizedafter protracted experience with the standard 7.5 mm 1890-pattern cartridgehad been gained. As soon as attempts were made to increase the muzzle velocity,the problems intensified.

Testing of 50 modified rifles allowed the improved Vogelsang/Rebholzaction to be adopted on September 27, 1897. Though the 1889/96 rifle resembledits predecessor externally, the locking lugs had been moved to the frontof the bolt-sleeve. This strengthened the action by placing less of thesleeve under compressive stress, and reduced the gap between the triggerand the magazine by 0.4 inches.

The Kadettengewehr was adopted on July 27, 1898, after trials with gunsderived from the Mannlicher cavalry carbine and the Schmidt-system rifles.The single-shot M1897 had a special quadrant sight with differing setsof gradations for the Ordonnanzpatrone (to 1200 meters on the left side)or the reduced-charge Kadetten-Patrone (to 400 meters on the right). Inaddition to standard guns, about 40 sub-caliber trainers were also made.

Adopted on April 9, 1901, the Kurzgewehr was based on the 1896-patternaction; apart from its length, the smaller magazine and reduced-range sight,it was similar to the M1889/96 infantry rifle.

Many surviving 1900-type guns were among the 26,340 carbines and shortrifles converted to '1911' standards by Eidgenoessische Waffenfabrik in1913-1920. Accepting 7.5 mm Ordonnanz 11 cartridges, they had four-grooverifling.

Preceded by a handful of experimental designs - including one with afolding stock and another with a three-piece cleaning rod carried beneaththe forend - the Karabiner 05 was adopted in 1905 to replace the 1893-typeMannlicher. Stocked virtually to the muzzle, preventing the attachmentof bayonets, it had a full-length handguard and a sling-slot in the butt.

A decree signed on January 13, 1911, ordered the Eidgenoessische Waffenfabrikto modify 26,340 surviving M1900 short rifles and M1905 carbines to approximateto the 1911 pattern. The work was undertaken in Bern in 1913-1920. Theconverted guns had four-groove rifling and chambered 7.5x55 1911-type cartridges.

In 1913, as a result of a decree signed on January 13, 1911, conversionof 1896-type rifles to approximate to the 1911 pattern began in the EidgenoessischeWaffenfabrik. By March 1, 1920, 135,770 rifles had been altered. They hadfour-groove rifling and chambered the Ordonnanz 11 cartridge.

As might be expected, this model markedly resembled the Model 1911 Rifle,some of the differences being:

A universal increase in muzzle velocity, arising from widespread adoptionof point-bullet ammunition, caused further problems with the Swiss rifles.Trials were undertaken in 1908-10 with modified bullets and rifles embodyinga strengthened Vogelsang/Rebholz action. Apart from the tangent sight,these guns resembled their predecessors externally - though, once dismantled,three large holes were found to be bored through the bolt sleeve to reduceweight.

The perfected [Infantrie-]Gewehr 11 was formally approved on January10, 1913, together with adaptations of several earlier weapons. The newguns had a strengthened action, a hold-open to signify an empty magazine,a pistol-grip stock and an improved rear sight. 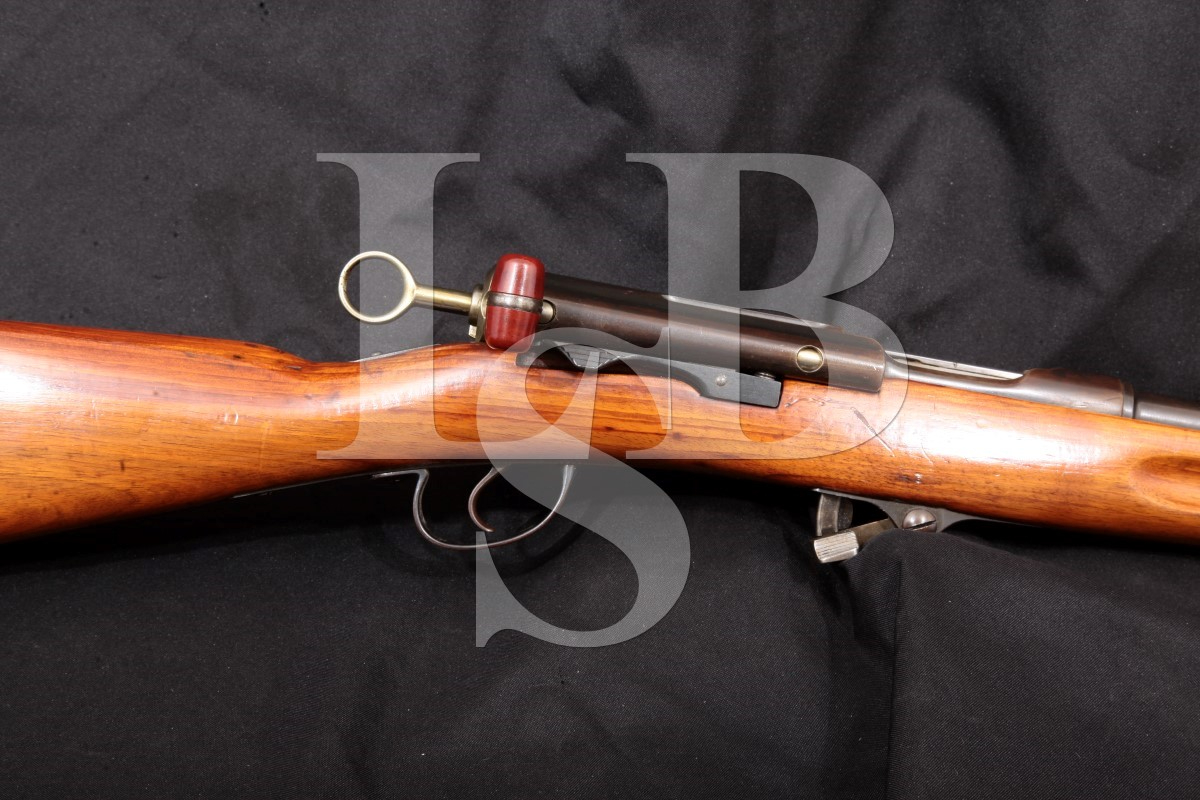 Adopted concurrently with the 1911-pattern infantry rifle in January1913, to replace the short rifle and cavalry carbine, this was readilydistinguished by its short barrel and stock. It was mechanically identicalto the rifle.

Great changes had been made in the action which, though retaining theessence of the original Schmidt principle, locked into the receiver ringrather than behind the magazine well. In addition, the bolt did not projectas far beyond the bolt carrier, reducing the length compared with the 1896-typeaction by 2.4 inches.

The Karabiner 31 had a longer barrel than the Karabiner 11, which wasof similar overall length. An improved sight was fitted, and the semi-pistolgrip stock - with a sling bar let into the left side of the butt - wasretained by a clamping nose cap accepting any of the standard Swiss swordbayonets.

Military production finished in 1958 after more than half a millionKarabiner 31 had been made in the Bern factory. A hundred otherwise standardexamples were supplied in the 1930s to equip the elite Swiss Guard (or'Papstliche Schweizergarde') in the Vatican; these guns were apparentlynumbered 249047-249146.

Several cutaway examples of the Karabiner 31 were also manufactured.Illustrated are photographs of the topandleftside of the receiver area of one example (photographs courtesy of ThomasWenk). 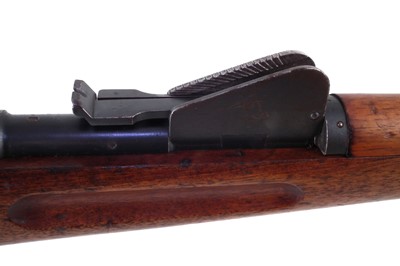 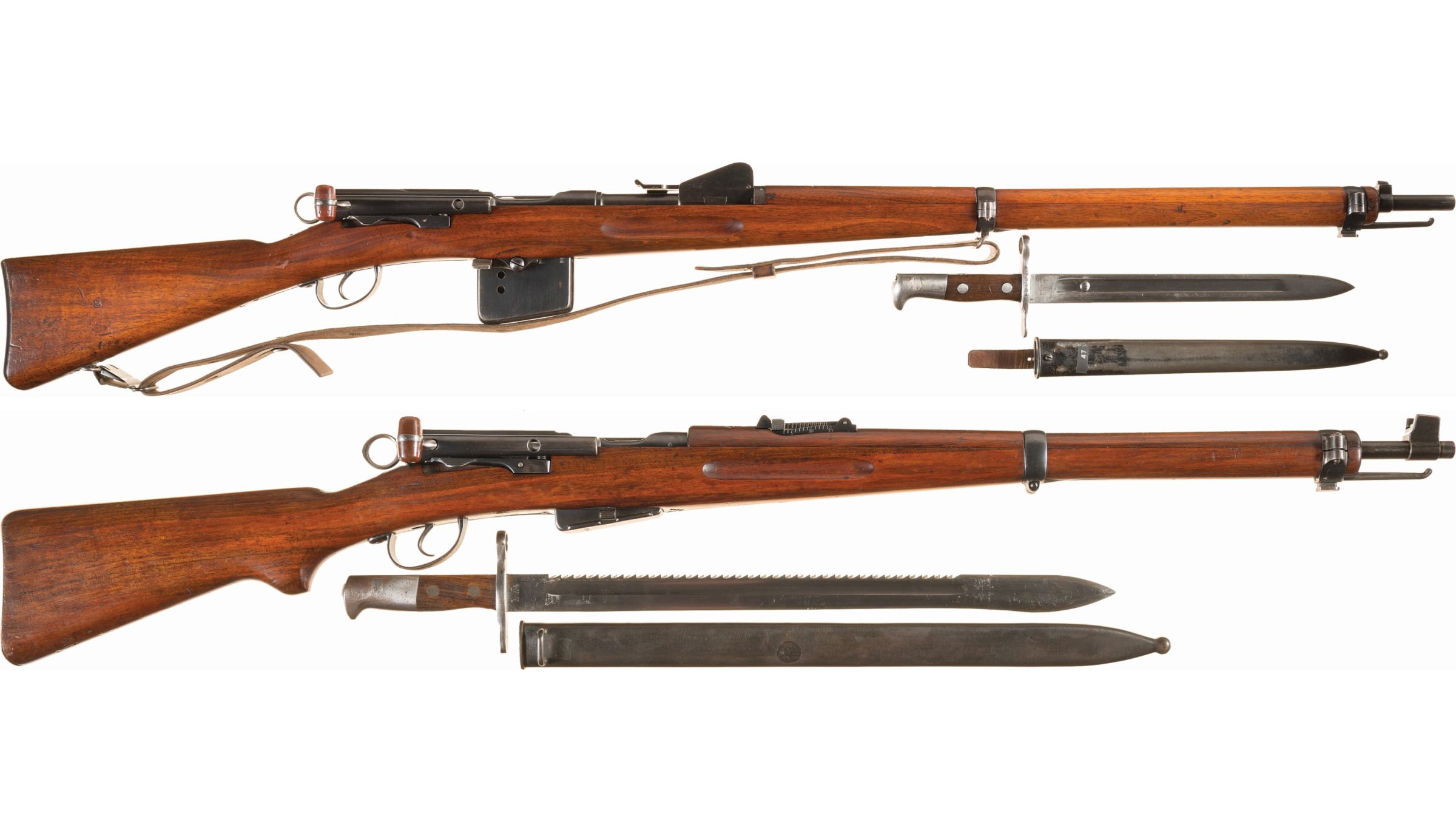 Experiments had been undertaken with optically-sighted Karabiner 11as early as 1919, but the project had been shelved until trials with Karabiner31 and Zeiss, Wild, Gerber and Kern sights began in 1935 in the SchiessschuleWalenstadt.

Though the low-power Kern sight was accepted in November 1940 and ahundred experimental carbines had been manufactured in 1943, the perfectedZf.-Kar.31/42 was not approved until July 1, 1944. It had a 1.8x sight,offset on the left side of the receiver alongside the bolt. Each sighthad a small auxiliary tangent sight and a unique pivoting periscope head.

Otherwise identical to its 31/42 predecessor, the Model 31/43 had animproved 2.8x sight on the left side of the receiver.

Based on the Model 1931 short rifle and featuring a top-mounted Kern3.5x sight (graduated to 800m), this rifle was adopted in 1956 to replacethe M31/42 and M31/43. The 1955-type guns had a special half-stock witha checkered pistol grip, a folding bipod and a special muzzle brake.

There are six basic types of sword bayonets for the Schmidt-Rubin rifles,all of which have a muzzle ring and a short, flat quillon approximately1+3/4 incles in length. There is also a rod bayonet, for which see below.Color photographs courtesy of Ronnie Wilson, and nomenclature fromBayonetsfrom Janzen's Notebook, with alternates (indicated by italics)being from Reinhart, Sallaz, and am Rhyn where they differ from Janzen.

Back to table of contents

To determine the date of manufacture of a particular rifle, one needsto know both the model and the serial number. Given the model, go to theappropriate table and look for the range of serial numbers that spans thegiven serial number. The corresponding date for that serial number is shownin the left column of the table.

As another example, given a Model 1931 with a serial number of 9999xx,the tables indicate that this rifle was manufactured in 1953. 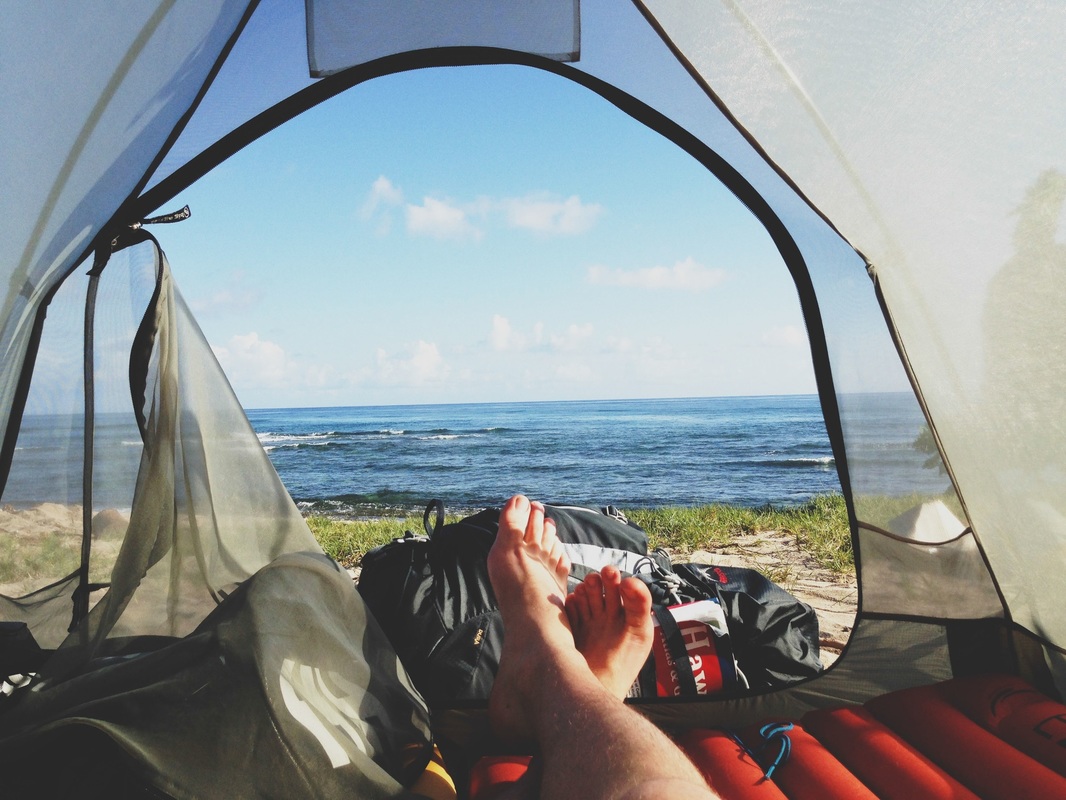